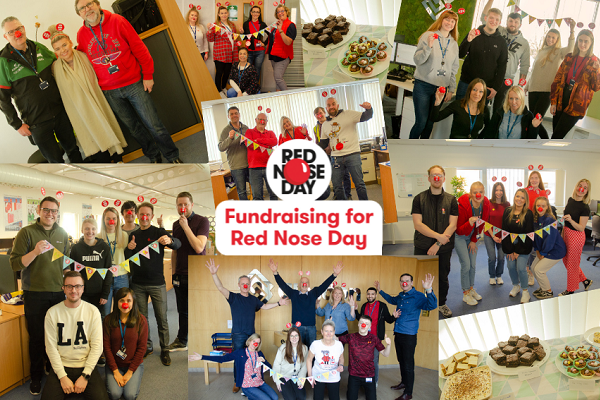 Since launching in 1988, Comic Relief’s Red Nose Day has remained a highly anticipated annual event that sees the nation come together to raise money for causes in the UK and globally.*

Committed to eliminating poverty, violence and discrimination, funds raised by this year’s Red Nose Day will also go towards funding organisations that are supporting Ukraine and those attempting to cross the border.

Never one to shy away from raising money for a good cause, staff at Glasdon donned their red nose day merchandise and red apparel to help raise funds.

Staff in the Glasdon International Limited office even went a step further, coming together to bake several tasty treats with all donations added to the day’s fundraising bid.

Along with the D J Sidebottom / Glasdon Charitable Programme, Glasdon managed to raise a total of £500 for the charity.