Completing its 4th year, the Lewis Balyckyi Glasdon Crit Series was back again for another successful 18-week series, raising money for a special charitable cause.

This year’s cycle race series, sponsored by Glasdon and presented by N-Fuse Sports, saw over 1000 entrants eager to take part in the closed circuit hosted by the UCLan Sports Arena in Preston. As successful and supported as ever, riders travelled from as far as Carlisle to join the race. 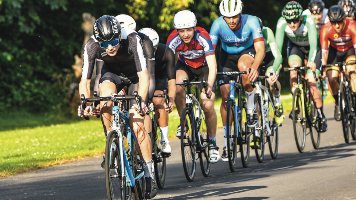 The first round of the series started on the 28th March, commencing on the 25th July, with two weeks having to be cancelled due to unforeseen circumstances. To start, three weeks of the series had only a ¾ race due to light restrictions, with the remainder of the series holding a ¾ race and an E/1/2/3 each week.

The Crit series provides Junior and Senior riders the opportunity to compete on one of the best closed circuits in the country. It is a well-supported series which has gone from strength to strength to become a well-established mid-week racing fixture for the North West.

All profits from the series go straight to the Lewis Balyckyi Trust Fund.

Founded by Kevin and Jacqui Balyckyi, the trust fund was created as a lasting tribute to their son Lewis who tragically lost his life in a road accident whilst on a training ride in January 2011, two weeks before he was due to move to France to join a new team.

Lewis was a talented young cyclist with the potential of becoming a National and International Athlete winning many races and was the U16 National Circuit Champion. He was chosen to be a part of the British Cycling Talent Team where he represented Great Britain competing against the best Juniors in Europe.

His dream was to race abroad, and through following this dream he managed to achieve a sponsor from the John Ibbotson Fund who sponsor young riders to race with a semi-professional team for a season.

Wanting to keep Lewis’ dream alive and help other cyclists achieve their potential, the Lewis Balyckyi Trust Fund provides funding for up-and-coming riders to enable them to travel abroad to race.

To date, the fund has helped 23 riders, with 7 gaining professional full-time contracts, and one proudly becoming World Champion in two disciplines.

This year, the trust was able to fund 7 riders due to the amount raised from the Crits, with high hopes several can go onto bigger and better things and that the fund can help many more riders achieve their goals.

Pleased to sponsor the series for the 4th year running, Glasdon handed a cheque of a well-deserved donation to the trust.

"We are thrilled to have been able to support the series for yet another year to help cyclists achieve their goals. Each year the event grows even more succesful and the support from local and regional cyclists has been superb."

Details of the Lewis Balyckyi Crit Series 2020 will be announced in the new year. For more information and to view this year’s results visit: http://balyckyicrits.org.uk. 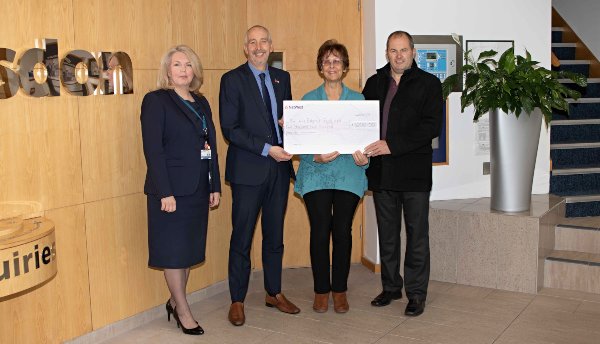